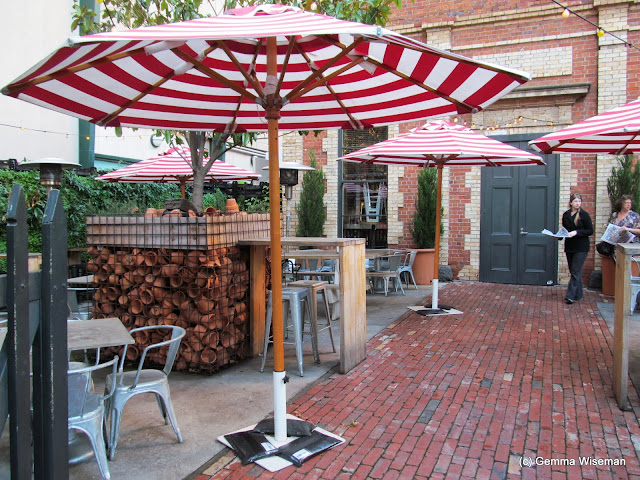 An early Sunday morning view of the outdoor dining area of the enchanting Trunk restaurant in Melbourne.
The building was originally built in 1859 as a synagogue.
It then became a state school until 1892 and then became a child care facility for this slum and poor area of Melbourne.
Now that fabric has disappeared, and the premises has been operating as a restaurant since 1980.
And the food is brilliant!

meandering space
many odd shapes and profiles
many old secrets 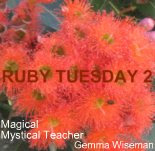 
If you need a small memento
To remember Clifton by,
Chase Creek Marketplace is open—
Something there will catch your eye! 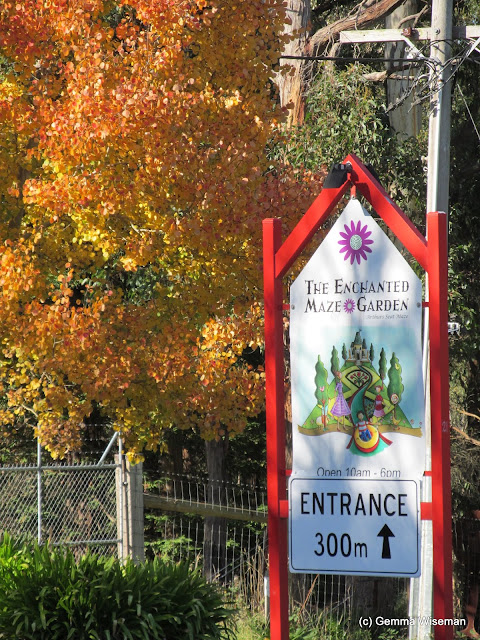 One of the signs for the Enchanted Maze Garden at Arthurs Seat on the Mornington Peninsula.


Ocotillo blossoms,
Little gems of red,
Queens would gladly wear you—
Or so someone said!